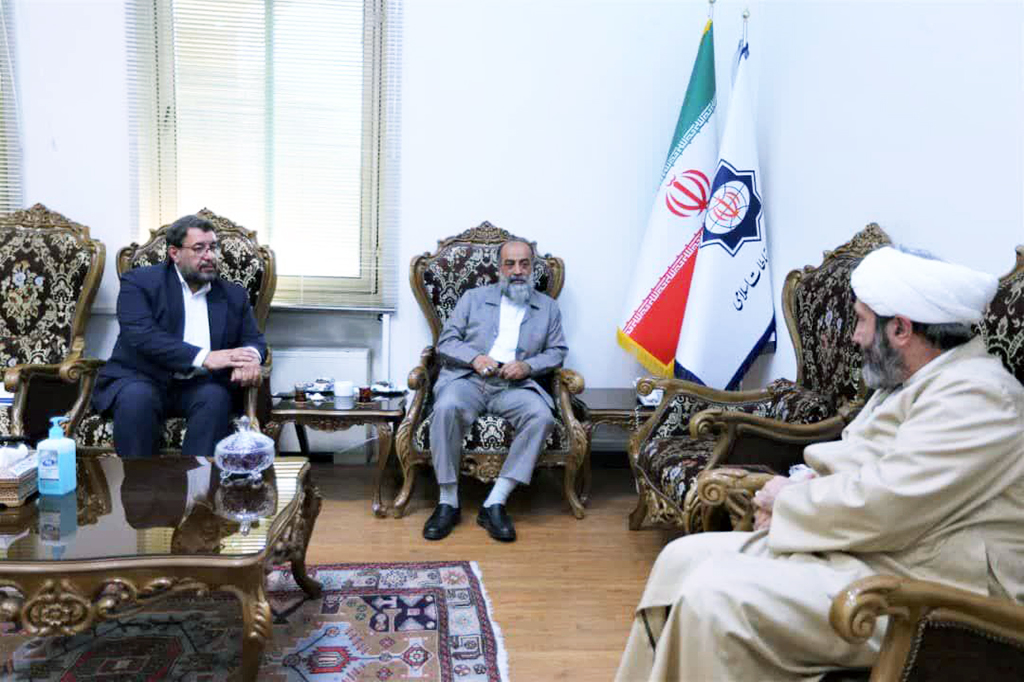 In order to strengthen cultural and Quranic cooperation between the Islamic Republic of Iran and the member countries of the OIC, the Secretary General of the CINVU met with the head of ICRO.

According to the Public Relations Report of CINVU, Dr. Karim Najafi Barzegar, Secretary General of CINVU, In this event, introduced and presented a report on the capacities and achievements of CINVU in creating a scientific platform and creating coordination and cooperation among elites, intellectuals, universities and Islamic countries, called for the cooperation and cooperation of the strategic group of the Islamic Culture and Communication Organization in order to strengthen this approach, especially the mutual use of capacities and redefining the levels of cooperation between this international scientific and academic organization and the cultural and scientific advisers of the Islamic Republic of Iran in all parts of the world.

Dr. Mohammad Ali Rezaian, Secretary of the Holy Quran Science and Education Committee of the Supreme Strategic Council of CINVU, also referring to the capacities of this international organization for the purpose of Quranic cooperation with the Organization of Islamic Culture and Communication and announced the creation and implementation of a program and a Quranic roadmap in order to realize a faithful life based on the divine word in Islamic societies as one of the main goals of CINVU and considered the implementation of this strategy as a new model of the all-round realization of Islamic unity.

Hojjat-ul-Islam wal-Muslimeen Mehdi Imanipour, the head of ICRO, also expressed his appreciation for the international activities of the CINVU in this meeting, considered the achievements of this international scientific and academic organization during the general secretaryship of Dr. Najafi Barzegar as fundamental and effective, while announcing the all-round support of the Organization of Islamic Culture and Communications to CINVU and expressed hope for the development of cooperation after the conclusion of the memorandum of understanding and the drafting of the document of executive proposals for joint international Quranic cooperation.

In order to strengthen cultural and Quranic cooperation between the Islamic Republic of Iran and the member countries of the OIC, the Secretary General of the CINVU met with the head of the Organization of Islamic Culture and Communication.