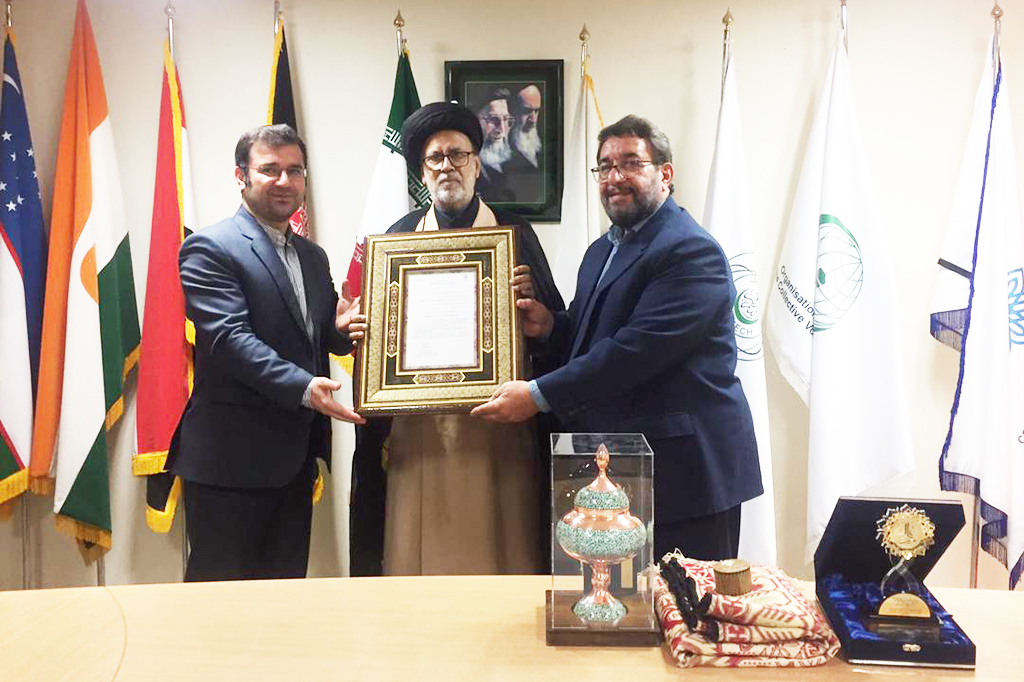 The Secretary General of CINVU honored the selected professor and researcher of the 13th Farabi International Festival in the field of Islamic Studies.

Accordingly, Prof. Seyed Ali Mohammad Naqvi, the Winner of the 13th Farabi International Festival in the field of Islamology, has traveled to Iran to participate in the annual meeting of the World Assembly of Ahl al-Bayt (AS) that his appreciation was done in the presence of Dr. Zuhir Sabbaghpour, the special representative of the Farabi International Festival Secretariat.

According to the announcement of the secretariat of the Farabi International Festival, among the 207 works sent for judging in this festival, 16 selected works worthy of appreciation were selected in two sections, youth and adult.

Farabi International Festival in 15 scientific groups including Ethics, Religions and Mysticism, History, Geography and Archeology, Law, Language, Literature and Linguistics, Social Sciences and communication sciences, economic sciences, management and financial sciences, educational sciences, Psychology and Sports Sciences, Political Science, International Relations and Regional Studies, Quranic Sciences, Interpretation and Hadith, Jurisprudence and Principles, Philosophy, Logic and Speech, Information Technology, Information and Librarianship, Studies of the Islamic Revolution and Imam Khomeini (RA), Interdisciplinary Studies and Art Studies and Aesthetics, it identifies and introduces the best works in four formats: Research Book, Completed Research Report, Doctoral Thesis and Master's Thesis. In the special section of this festival, the award is given to the pioneering figures of humanities and Islamic sciences, the pioneer of humanities and Islamic sciences, the best translator, the best scientific association, the best scientific publication, and the outstanding theoretician.

The Secretary General of CINVU honored the selected professor and researcher of the 13th Farabi International Festival in the field of Islamic Studies. 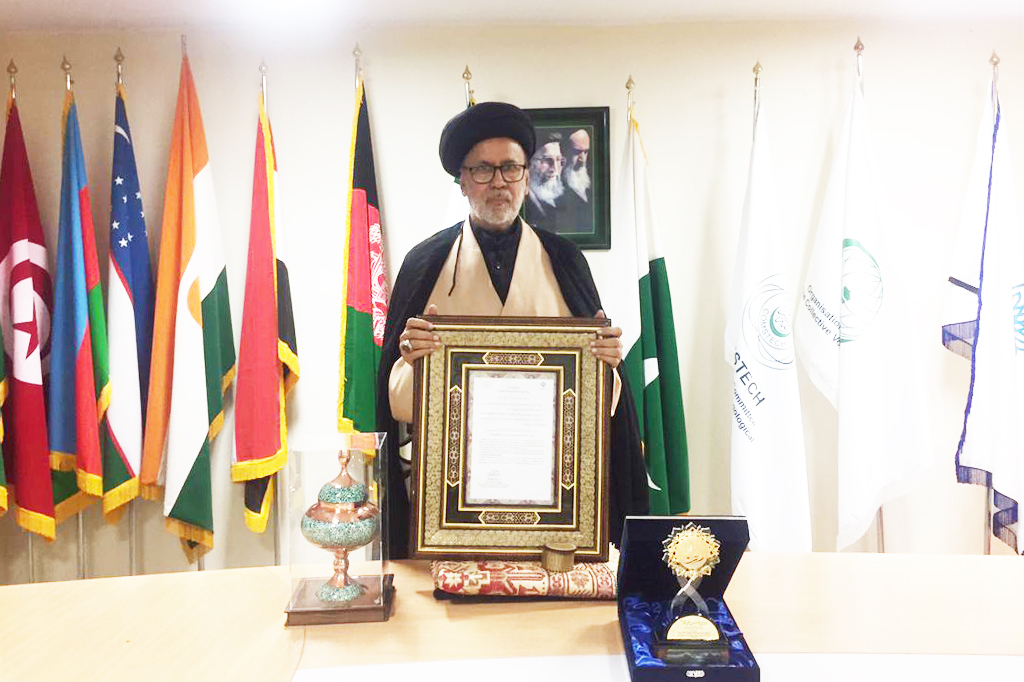